Welcome back to Hen Corner!

We’ve been blogging for a few years now and it’s a delight to welcome each new season with expectancy. Summer has gone, the bees are tucked up for winter and we’ve stocked up on logs for our woodburner stove. This post definitely has an autumnal feel and starts with treating the apple trees for codling moth…

ARVE Error: id and provider shortcodes attributes are mandatory for old shortcodes. It is recommended to switch to new shortcodes that need only url

We meet at last!

It’s been great to meet a couple of ‘virtual’ friends for real recently. First, at London Honey Show, we met James Dearsley who I’ve been following on Twitter for quite a while. He runs the Beginner Beekeeper Facebook Page and has written a great book telling the tale of his first year keeping bees. The show was great, hosted by the Lancaster Hotel who keep bees on their roof, it was a mix of lectures, exhibitors, tasting and awards. We entered honey in three categories and, whilst not winning a prize, were very pleased to overhear someone saying how much they liked my honey!

Another person that we’ve met recently is Louise Elliott, deputy editor of Country Living magazine. She writes the Country in the City page each month and it was great to welcome her here to Hen Corner to show her how we are inviting others to ‘Join us on the Journey.’ 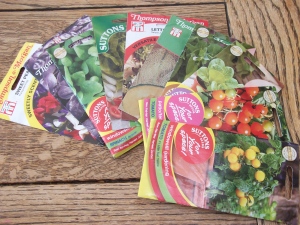 You reap what you sow…

Whilst this year’s growing season is significantly slowing down, though our leeks and brussel sprouts are coming on nicely, it’s worth planning ahead for seeds that you may want to propagate inside over winter. I must admit that it was a surprise to open my first Christmas card last week, but it came with the new catalogue from Sutton’s Seeds and I do really want to try the James Wong Homegrown Revolution range. We met James at the Edible Garden Show last year and have since planted saffron bulbs and stevia (300 times sweeter than sugar!). I picked up a bargain at the garden centre yesterday; I popped in to buy some bark chips for the chicken runs and all their seeds were reduced to 50p a packet! The best bargain was the Tom Thumb Peas which were reduced from £3.65; good job too as there were only three peas in the pack (£1.20 per pea!!!). Whilst I was there, I noticed they were playing Auld Lang Syne, so maybe the Christmas card wasn’t that early and we need to start wishing everyone a Happy New Year???

Whilst we’d given the Eglu chicken houses a really good clean last month, due to the recent rain and the fact that we haven’t been letting them out of their runs since the last fox attack, I needed to clean them out again. Butternut and the chicks were literally paddling in a swamp, so after digging out two big trugs of mud I covered the base of the run with deep woodchips. This helps keep the mud suppressed, keeps the chicken’s feet clean and dry and also helps absorb their droppings. So as I was getting it all ready for them, they were treated to their first trip out of the run with mum.  So from left to right (in the picture) we have Pom the Polish, Number 10 (Andy’s name) the Black Orpington and surrogate mum Butternut the Buff Orpington. We’ve only just named the chicks as we are now pretty sure that they are both girls, hurrah! Apparently, it’s all about the comb and wattles on the Orpingtons and whether the Polish have afros or dreadlocks…. so now you know!

We have recommended this book before, but this week, would like to join in the celebration as it has been awarded Best Cookbook in this week’s Observer Food Monthly Awards 2012. We cheer on Hugh for all of his attitudes and values around food and join him in hoping that many more will enjoy sumptuous meals where vegetables are the star ingredients.

This book is available with many of our other favourites books from the Hen Corner Shop!

Jobs for next week:

Have a good week yourself…

Join us on the Journey!

The Micro Bakery at Hen Corner opened in October 2015 just two weeks after Sara trained as a Bread Angel. We've continued to bake for our community each week, run regular Bread & Baking Courses and are delighted to offer this course that teaches you how to set up a similar business.…

Pickles, Chutneys, Jellies and more! Stroll around our London kitchen garden picking the best of the bounty, then off to the conservatory to prep & preserve…