The Richmond and Barnes (and several other) Magazines – March ’21 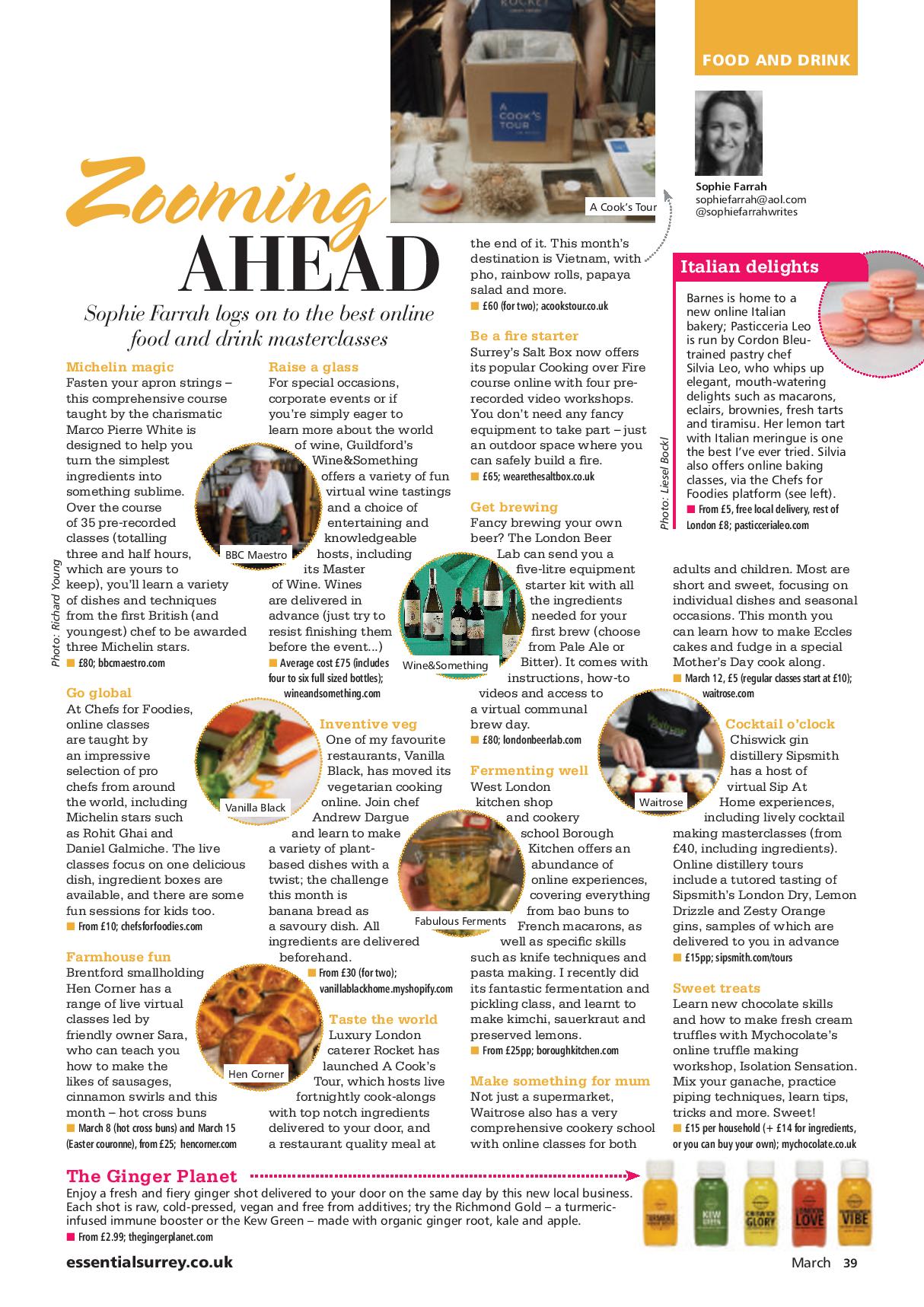 Over the last year we’ve really enjoyed our online cooking courses! Guests have discovered so many benefits of joining in from their own kitchens based all over the world. This month, we are honoured that food & drink writer Sophie Farrah has profiled our classes along with those offered by Marco Pierre White and other Michelin starred chefs…

This can be found in the following publications:

The Richmond and Barnes (and several other) Magazines – March ’21 was last modified: March 8th, 2021 by Sara Ward

Have you seen our *New Course*? Baker’s Dozen, T

Passing through Brentford on her final journey…

Teaching the ‘Power of Sour’ to a Chemist toda

I’m regularly asked “How do you run a bakery f

And we’re off! The 10th #SourdoughSeptember with

This little pear says ‘Thank you for the rain’

That’s a wrap for this year’s bee keeping sess

I’ve just been out to collect the smallest swarm

Safely back from a fabulous week camping with @sat

Summer days, drifting away… But, oh, those summe

I had some spare lemons after this week’s jam ma

So… We picked up not one, but TWO of these this

We are starting this year’s honey harvest as par