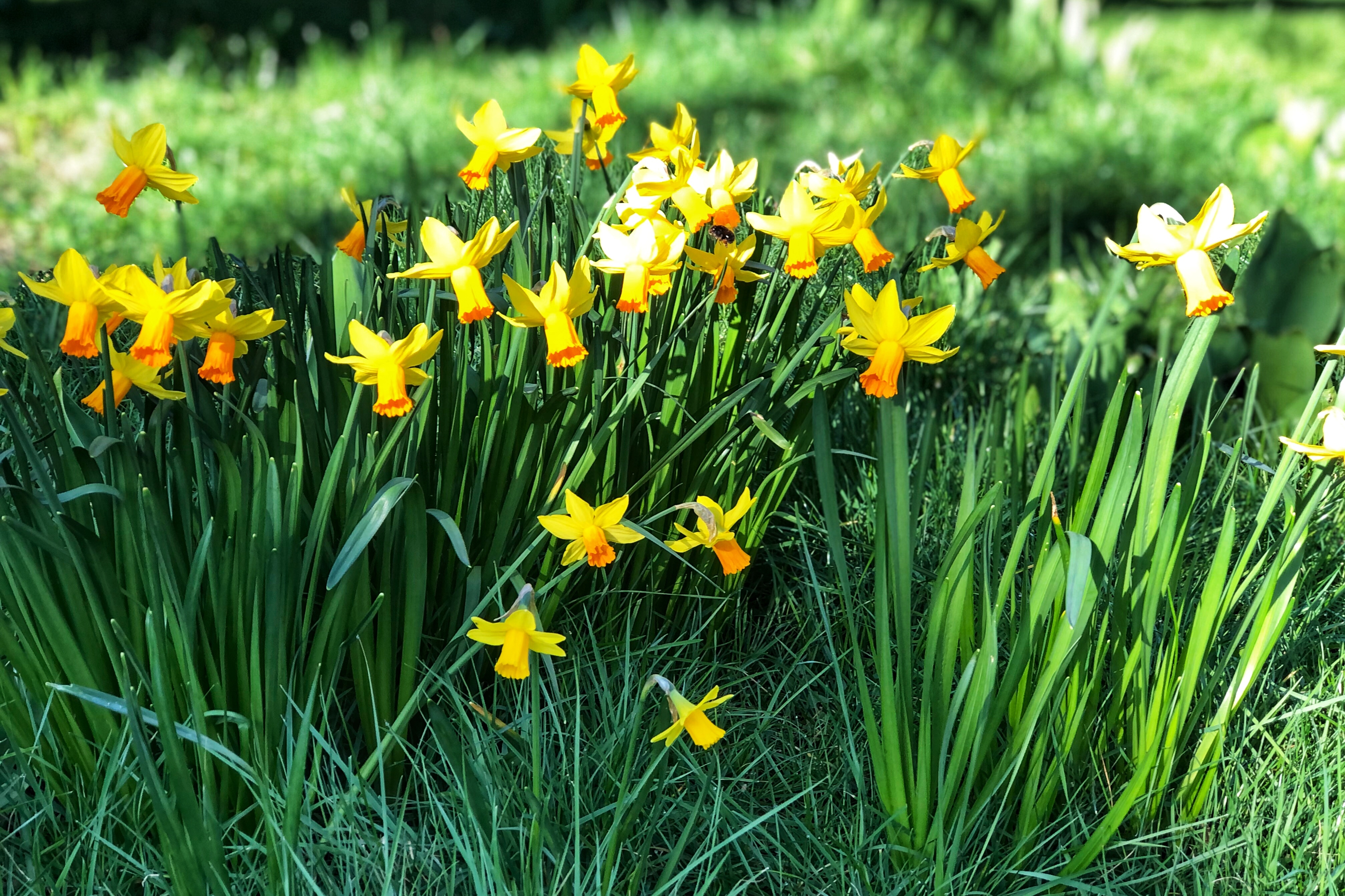 Last week a friend asked me ‘When does Spring officially begin?’ After quick research I discovered that there are, in fact, two ‘official’ start dates, both of which I’m rather happy with.

The first date, 1st March, is chosen as the meteorological start of Spring, where the calendar year is split into 4 seasons of 3 months each, giving us March to May for Spring, June to August for Summer, etc. My Mum’s birthday is on the 1st March, as is St David’s Day, so for those of us with Welsh blood, all the more reason to celebrate!

The second date fluctuates slightly each year as it’s based on the astronomical seasons which depends on the Spring Equinox, the date when we have equal night and day before daylight is longer than dark. This special day usually falls between 19th March and our wedding anniversary on the 21st, so another chance for multiple celebrations…

So with daffodils aplenty and the pancakes of Shrove Tuesday behind us, we approach Easter with hopeful expectation of the ‘Grand Opening’. I smile to myself as Christians around the world count down the days of Lent waiting to remember Jesus breaking out of the tomb after 3 days of being sealed in, whilst longing for another double celebration that we will also be released, albeit not completely, from our own lockdown which has been 3 months (this time round). As Christians see the resurrection as the beginning of a new life, we are ever optimistic that our roadmap out of lockdown will indeed keep us on track for a new life even if this is a little different from the life we had before.

The other virus lockdown

Whilst we have been living with restrictions for so very long, we haven’t been caged in quite as tightly as our beloved hens who have been following the rules on another page of the government website to protect them from bird flu.

This has been an ‘on and off’ problem since 2014 and usually coincides with migratory birds overwintering here in the UK. A winter Lockdown has become anticipated each October in recent years and, once again, an Avian Influenza Prevention Zone (AIPZ) was declared across the whole of England back in November 2020. This doesn’t mean that our chickens are ill, it means that to protect them from contracting the avian flu virus from wild birds, which is transmitted via saliva and droppings, we need keep them safely locked in covered runs ensuring that other birds can’t access their food, water or living space. Sadly this means no free ranging for now as they could potentially pick up the virus from wild birds that have been visiting the garden in recent months.

Us poultry keepers have high hopes that their restrictions will be lifted in line with ours – again time for multiple celebrations!

We’ve had our plot for just over a year now and have been taking every opportunity to bring it back to life. When I was first given the keys, most of the plot was covered in brambles 8′ high. The photo above was taken shortly after I discovered a pair of pear trees hidden under the scratchy branches shooting up from the myriad of roots spreading their tentacles deep underground.

Above we can see the plot as of this week, complete with shed and with vegetables growing in 10 beds, whilst I’m halfway through preparing a new bed for this year’s potatoes. I think that the previous plot holder had a bramble control method which involved him restricting new growth by smothering crowns of roots with plastic bags of broken bricks and rubble. This means that each new bed I dig generates a sack of plastic sheeting, a wheelbarrow of rubble and a pile of roots which can’t be composted for fear of them taking root again!

Here’s the plot viewed from the rivers edge, the nearer beds are for vegetables then moving further back we have fruit trees and berry beds. A row of globe artichokes marks the boundary between the annual crops that are rotated around the raised beds each year and the perennial crops that should fruit each summer/autumn with regular weeding, pruning and watering.

Of course you can!

Under the current guidelines, we’ve been restricted to running our courses online, which have been very popular with both individual guests and corporate groups.

To help prepare for Easter, we’ve still got spaces on our Easter Apricot Couronne course on Monday 15th March and have added in another date for Hot Cross Buns on Tuesday 30th March.

For more information on the history of Hot Cross Buns, check out this great post on ManyEats.

Looking forward, especially for guests who aren’t able to visit yet, we’ve got a new course Scones & Jam (online) on Monday 14th June.

Following the government announcements re: easing out of lockdown, we are planning to start our outdoor (chicken & bee keeping) courses from 29th March (with the rule of six outside) and our baking and artisan food courses from 12th April with social distancing/good ventilation/face coverings/shields.

Alongside our regular courses, we have created a special new course especially for those who were hoping to make marmalade with us back in January, check out our Spring Marmalade Day on Wednesday 12th May.

My goodness, we’ve certainly got a lot on, but as they say ‘Make hay whilst the sun shines’ and let’s hope for many more sunny days as we embrace this new season of Spring.

Oh my, what’s up with that colony of bees?

They didn’t grow very big in numbers last year, so weren’t particularly strong going into winter. I think they may have nosema (which gives them tummy problems)…